How to Take Advantage of Time Off: Santa Cruz, Big Sur, and Sonoma

This is going to be a long one. Don’t say I didn’t warn you.

The weekend before last, I surprisingly had three days off in a row. I knew I had to do something good – that sort of time doesn’t present itself all the time, you know? I rented a car and just went for it. I needed to go to Big Sur. It’s almost hard to comprehend all the magic of that weekend, and to fit it into one post. It was just that good.

Stopped in Santa Cruz for a night on the way, watching the surfers by sunset and sunrise. A little solo movie date to see The Wolf of Wall Street. A stay at a cute hostel that only set me back $26, with a receptionist who grew up in my small hometown on the other side of the country. But of course. Early morning ocean breathing and coffee. Santa Cruz was beautiful, but let’s be honest, a little tacky at points. I had to keep moving, but not before a quick stop to see the redwoods there. Amazed at the microclimates here.

Onward. I stopped at Manresa Beach on a whim and it was mesmerizing. I could have stood there staring at the ocean all day. There was something different about this beach. It had incredibly loud vibrations and its waves were so hypnotic. I felt as if it was my first time to the beach. Something about it just totally sucked me in.

I regrettably stopped in Monterey, but the hordes of tourists, tacky shops, and bad food literally left a bad taste in my mouth. No photos here, time to go. Bye bye. (To be fair, it does have beautiful views, but when Big Sur is on the horizon for the afternoon, Big Sur is the only thing that will satisfy.) 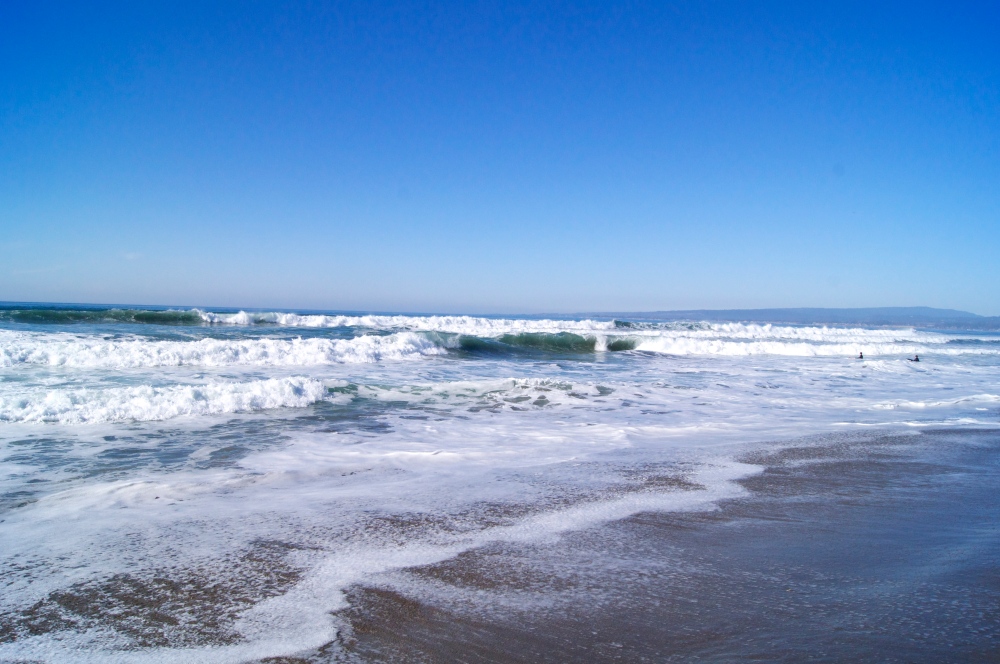 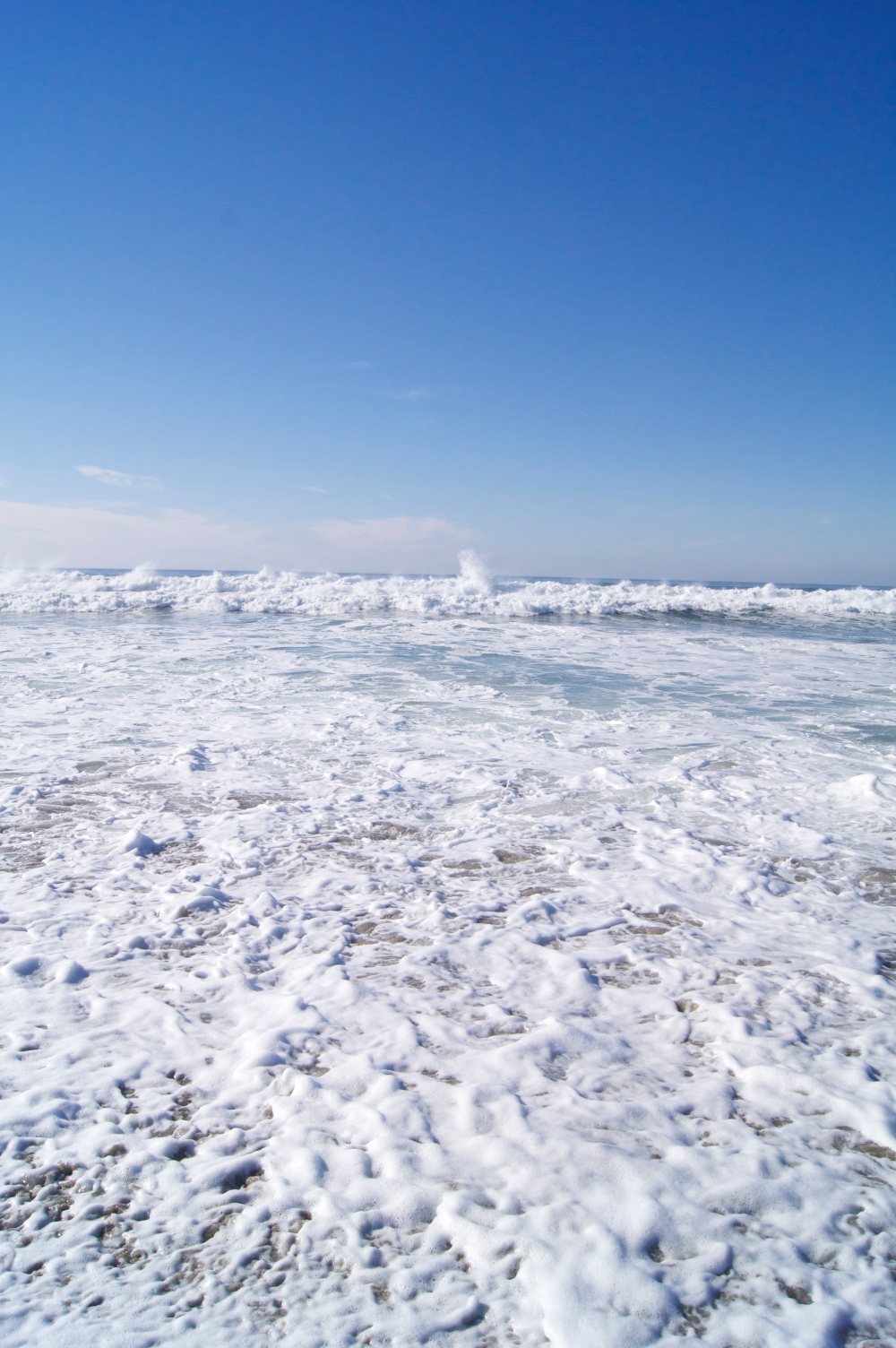 And then…I finally made it! I expected epic, which is a bold expectation, but it just blew me away, over and over again. It was more incredible and ever changing than I could have ever imagined. Rugged cliffs, dreamlike fog, frothing waves. 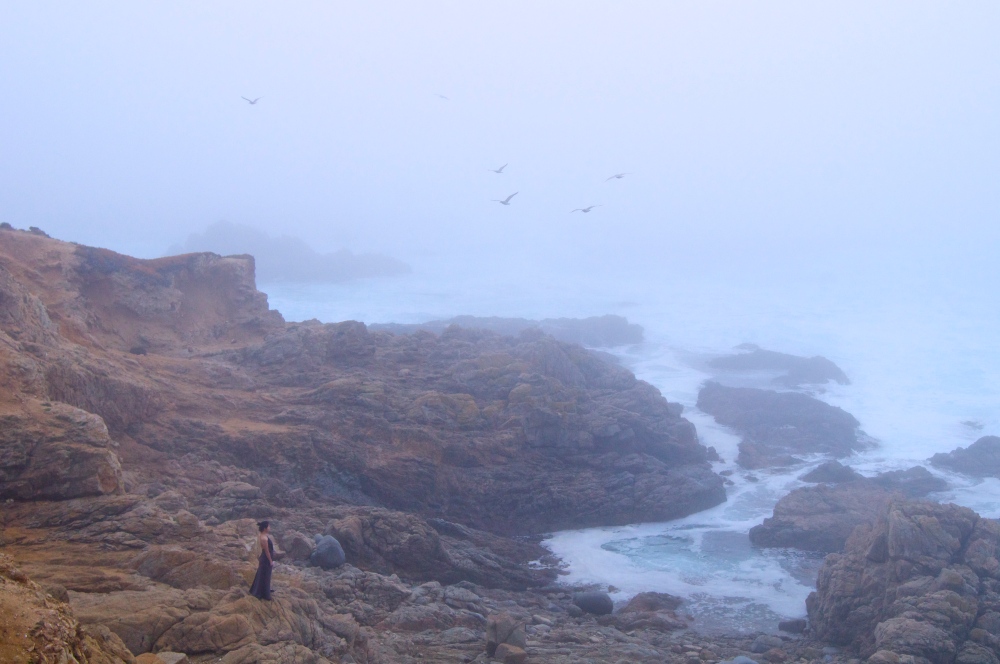 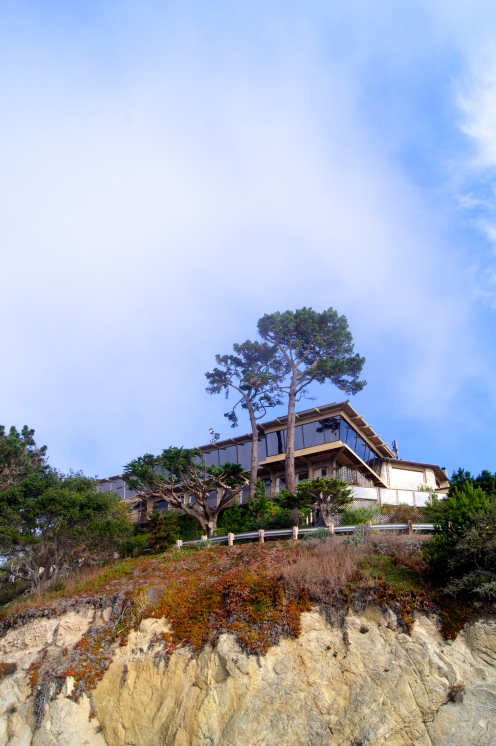 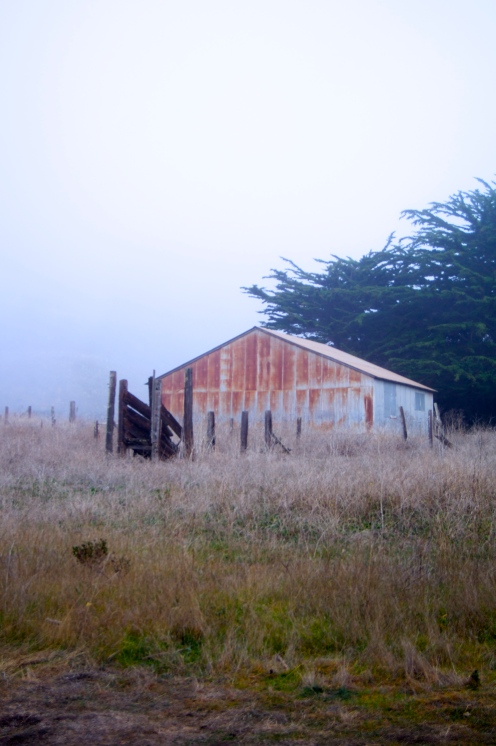 I pulled over frequently because there were so many views of the coast to take in. In one spot, after seeing lots of other cars parked there, I stopped even though there was construction on the ocean side. Unsure of what the attraction was, I walked into this cool, misty field with the shed pictured above. There were two trails that seemingly led further into foggy beautiful nothingness, and then it suddenly opened up to a big valley where the fog had lifted and cacti were growing. I followed the trail down until I found myself in a redwood forest. Magic. 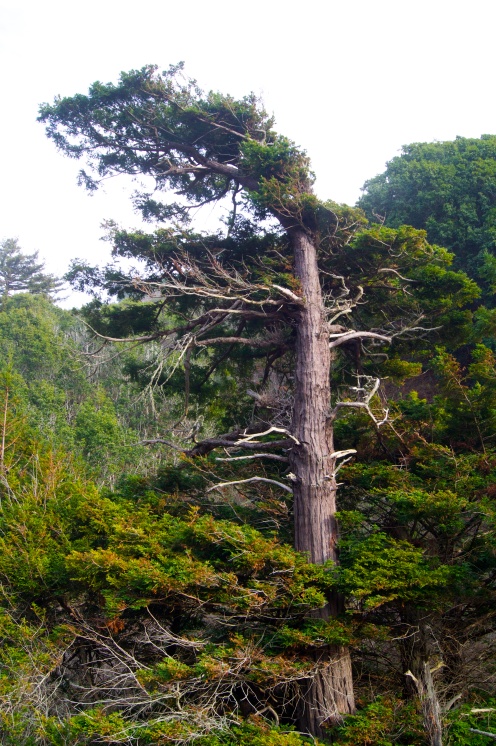 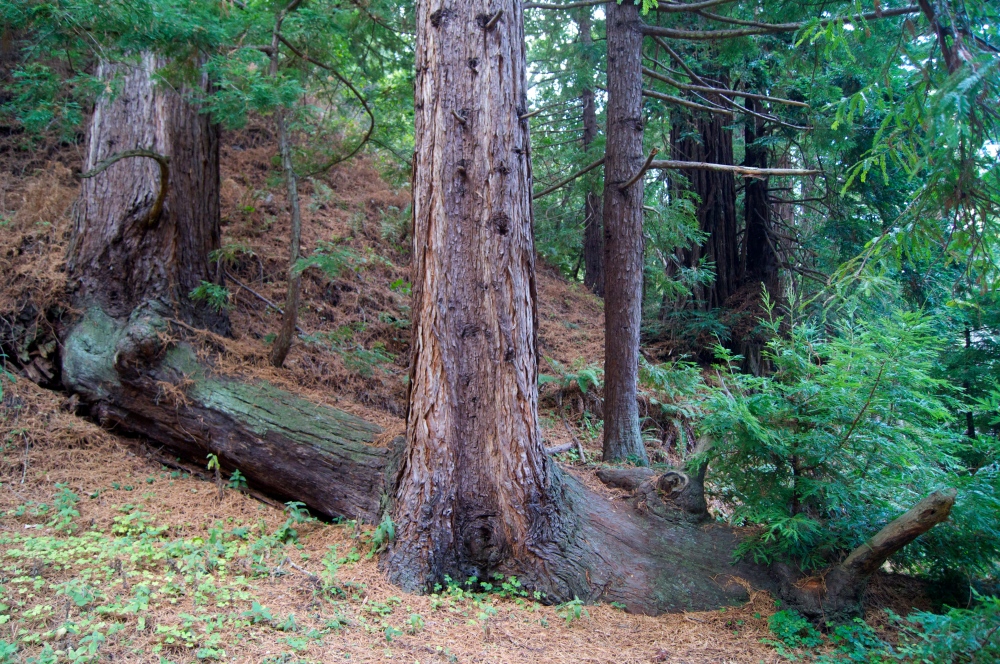 After leaving, I realized it was Garrapata State Park. Amazing! I kept driving, determined to make it to Pfeiffer Beach before the sun went down. However, the fog became so thick, and the roads so winding, I could hardly see and was afraid I should turn around. Right when I was about to give up, the fog lifted. Or rather, I lifted out of the fog and was in the heavens. Unreal. 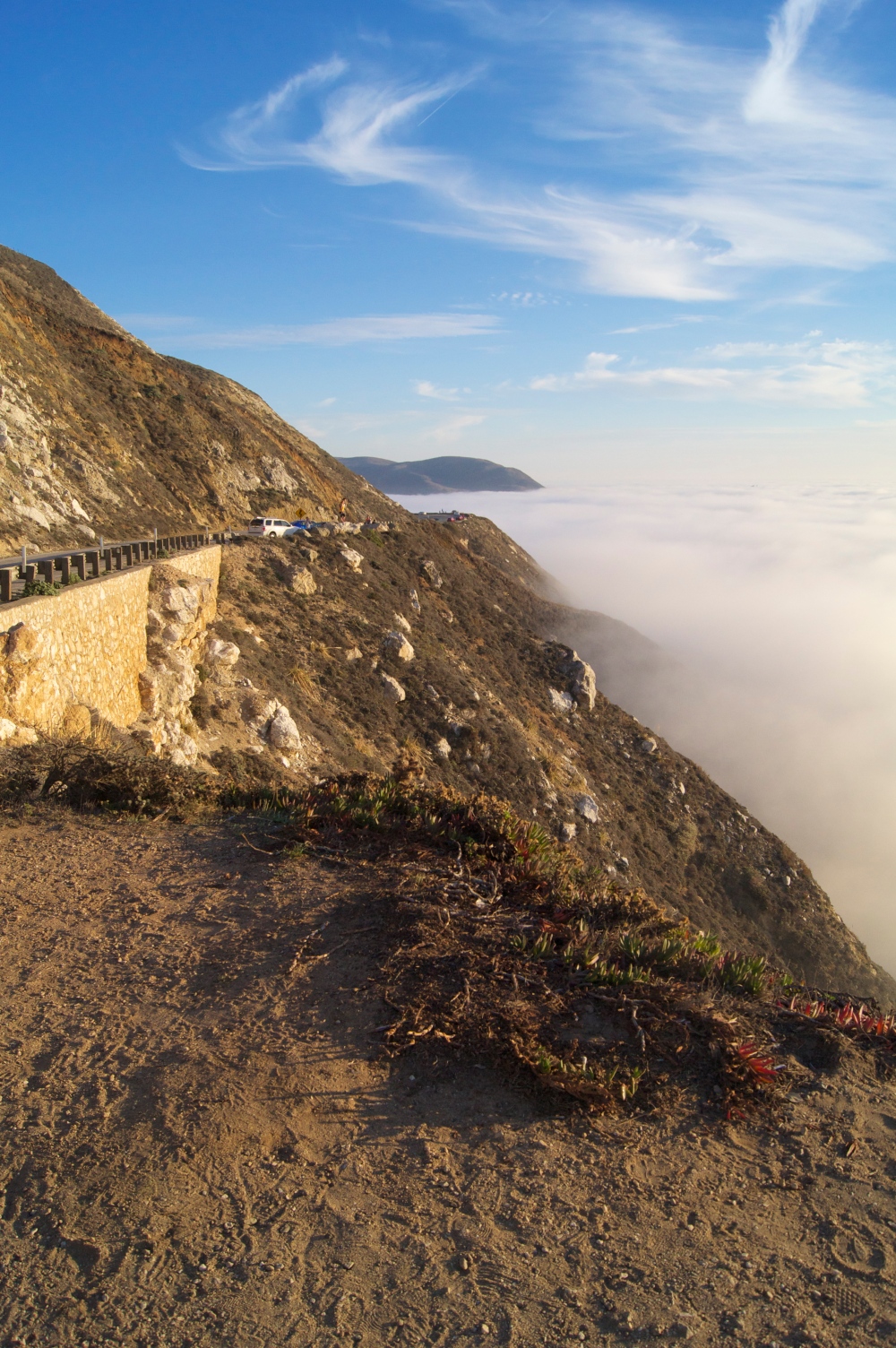 After picking my jaw up off the floor, I continued my race against the sun. I heard I needed to check out this particular beach down a signless two mile road; that it had limestone formations and natural bridges that captured the light just perfectly at just the right time of day. I drove down the winding road just as the gatekeeper was closing up shop, but he looked the other way as I snuck in. Oh man! This place! I can’t handle it! As I’m staring wide-eyed at everything around me, totally awe-inspired, I saw the most amazing shooting star above the orange cliffs. So bright, vivid, and seemingly close. Sigh. 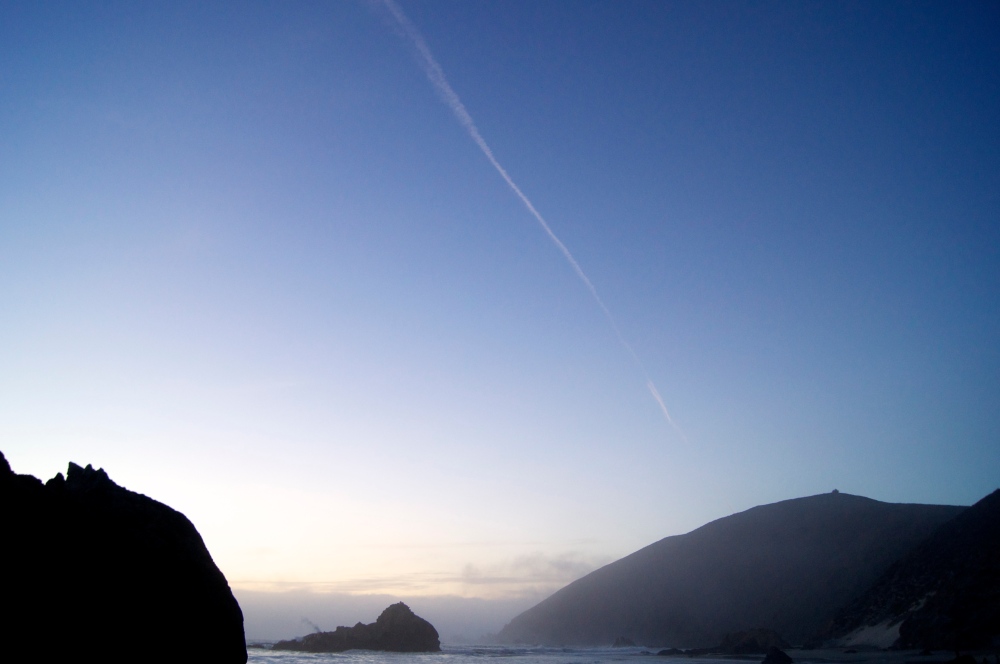 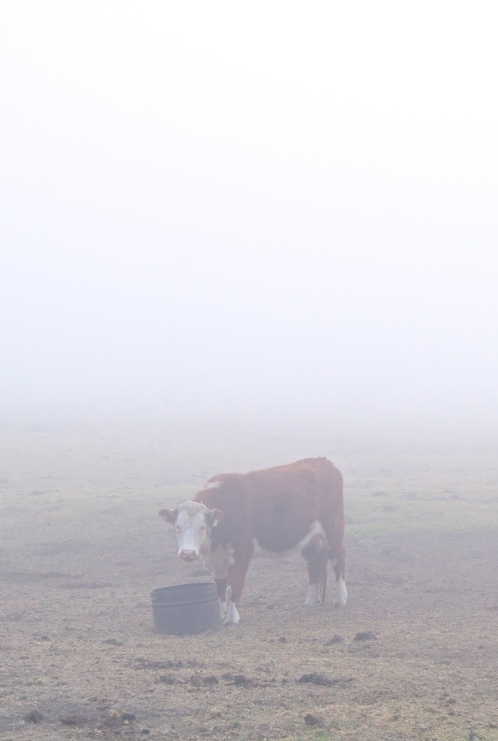 With white knuckles and a huge smile, I drove back to Berkeley and treated myself to dinner at Cesar. Matrimonio (anchovies and boquerones on toast with aioli) and filet mignon a happy girl do (continue to) make. Spoiled spoiled.

The next day, I went to Sonoma with new friends for lunch and for a tasting at Scribe Winery. I already knew I loved their wines, as we serve them at The Market Restaurant and Short & Main, so I was really excited to check it out. Coincidentally, I happen to be interning at Chez Panisse with the sister of the owners, so it came full circle. And I had staged at Husk in Charleston, SC last year with one of her friends from a program in Italy, who would be at the winery that day and staging at Chez Panisse the following day. The whole food world is very, very connected.

There’s 150 acres of “Forever Wild” Conservation Easement land above the winery, lending itself to the dynamic beauty of the ecosystem there. It goes without saying that the wines were incredible. 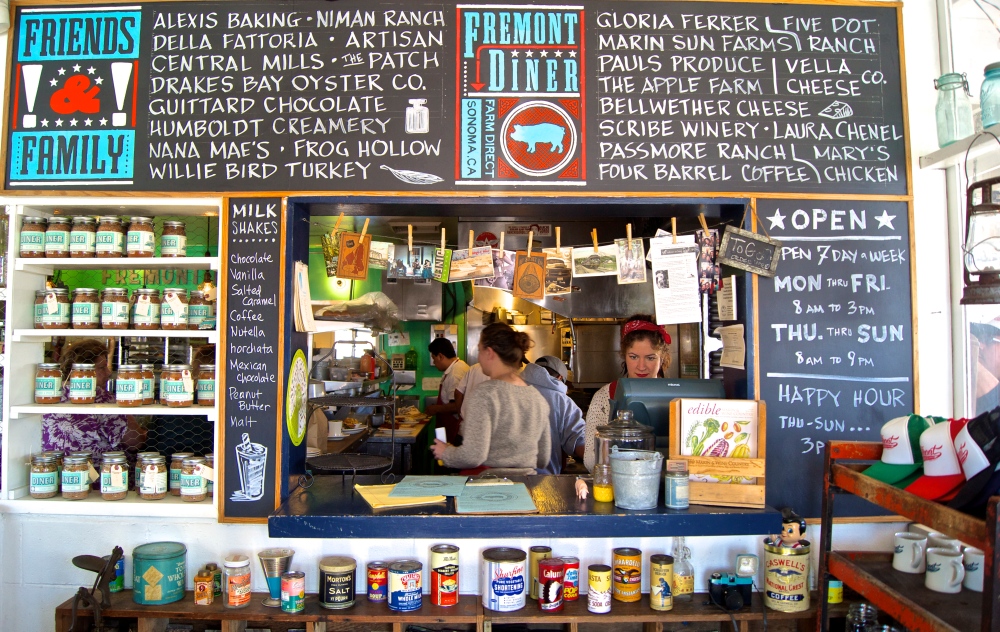 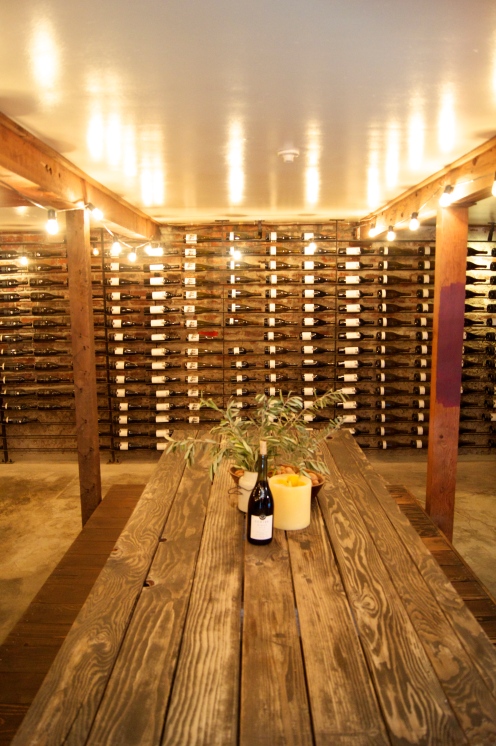 After the tasting, I met up with my cousin and his lovely wife in Napa. We rode bikes to the farm they’re CSA members of and gleaned some veggies for dinner. The farm is used for the school she teaches at as well; the students are involved in planting, harvesting, cooking, and lessons around the garden. Love it.

The three of us cooked dinner, caught up, and I drove home relishing a Californian weekend done well.

One Reply to “How to Take Advantage of Time Off: Santa Cruz, Big Sur, and Sonoma”