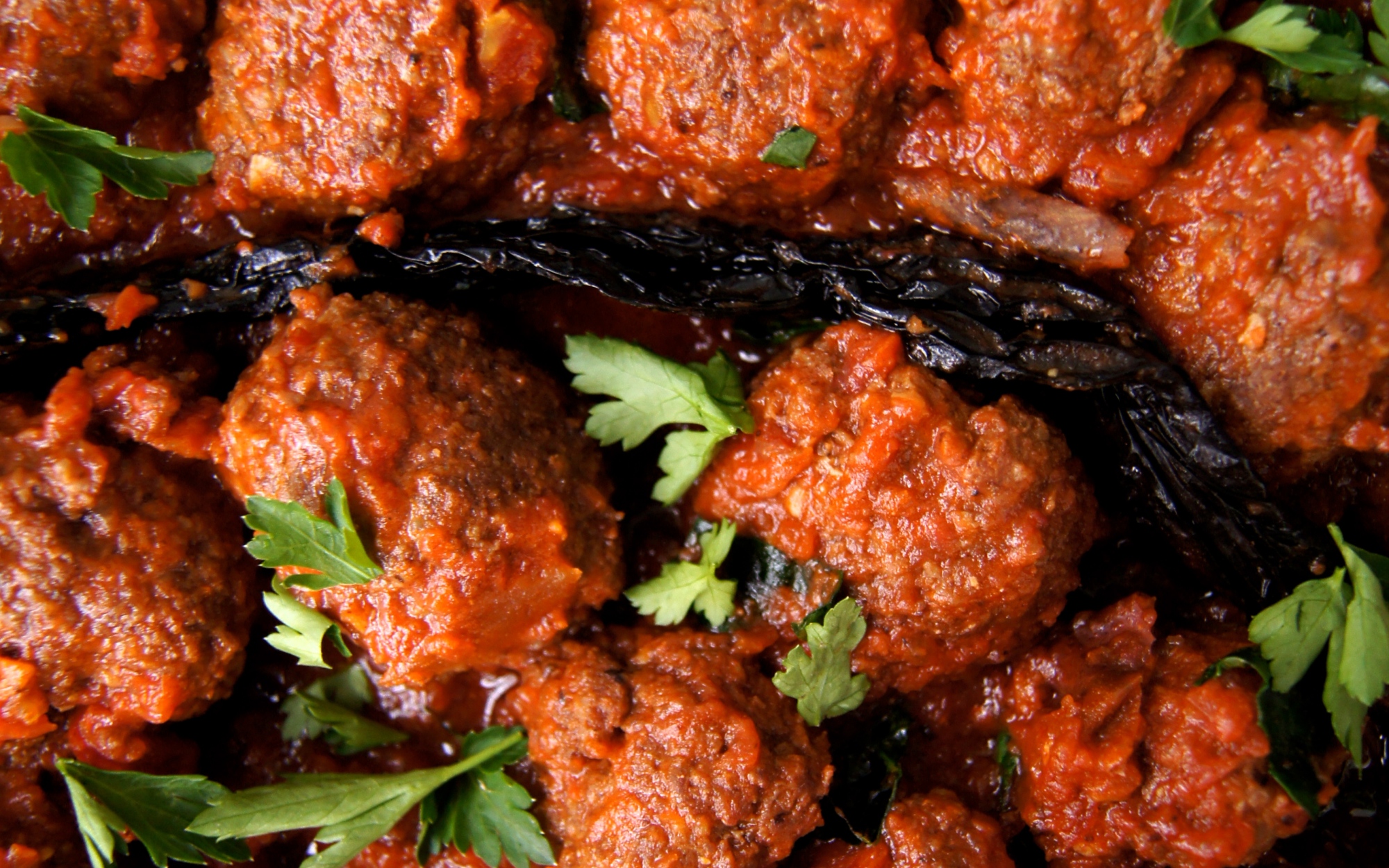 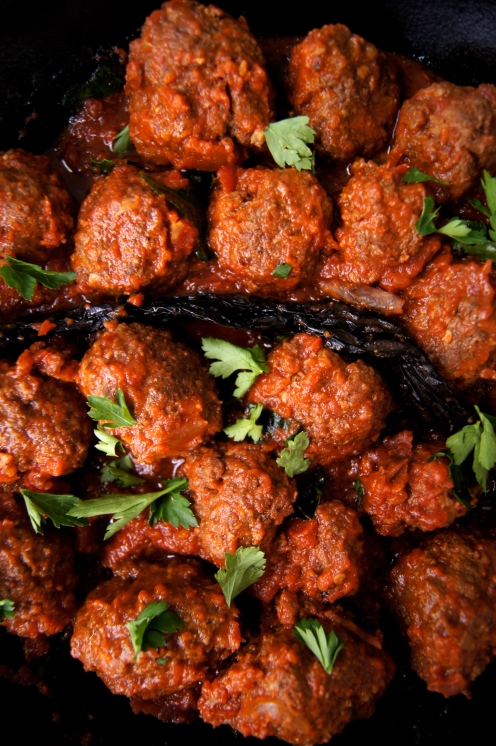 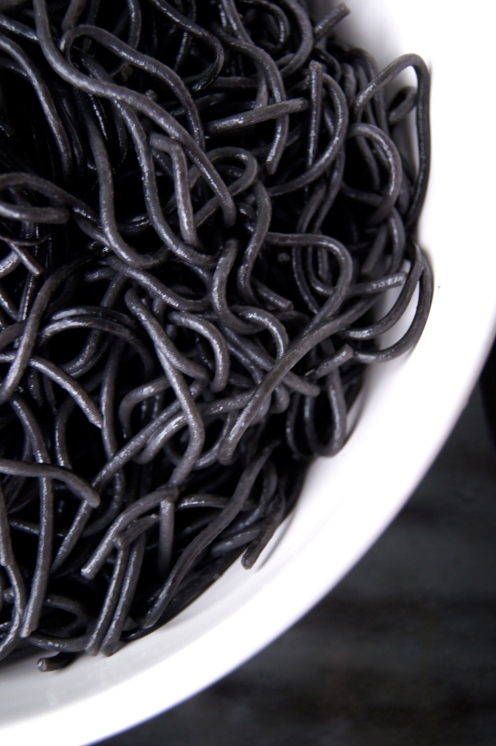 This is a really fun twist on traditional meatballs. I found the recipe reading through A Girl and Her Pig: Recipes and Stories by April Bloomfield. I do have to add, what an interesting book with so many great recipes! So funny, I didn’t know that she spent a summer at Chez Panisse until I picked up her book. So many inspiring chefs walked through those doors!

In this recipe, she poaches an egg into the sauce, adds Greek yogurt, cilantro, and mint right before serving, which she says gives it a bit of both a North African and Mediterranean taste. I pretty much like anything with the addition of Greek yogurt and a poached egg. It’s something I’m really into lately, which is evidenced by my breakfast choice today of sweet potato, kale, and you guessed it, a poached egg and Greek yogurt. Sophia’s Greek yogurt again, that wonderful sheep & goat’s milk yogurt with rennet, so thick it may as well be, and I suppose technically is, cheese. 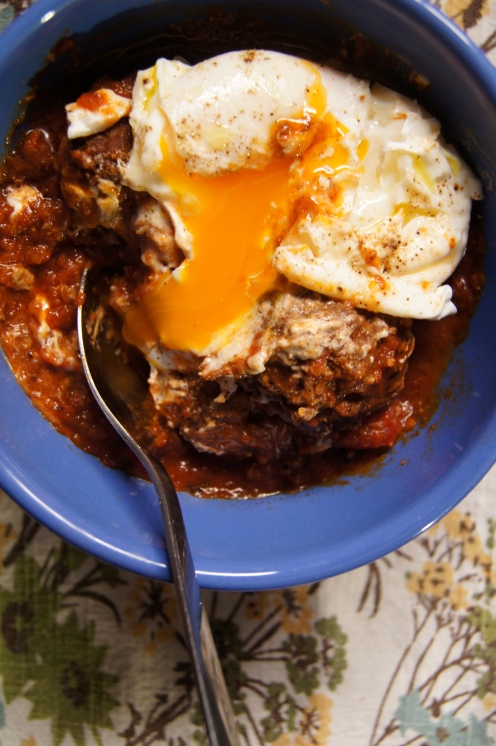 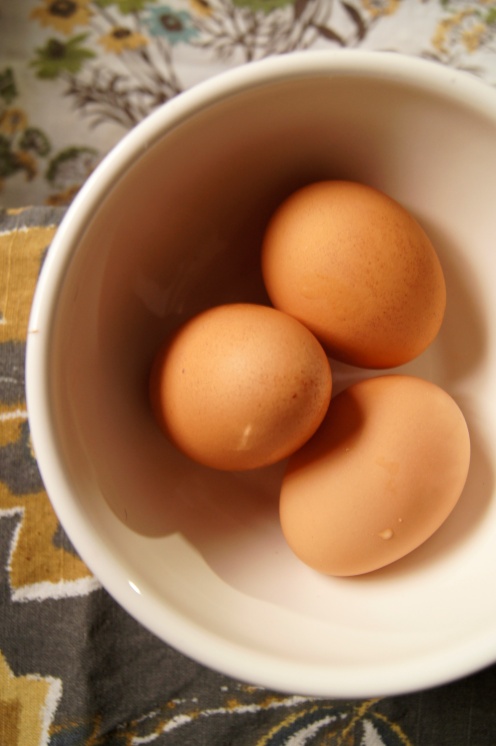 I cheat a bit here. April calls for 2 1/2 pounds boneless lamb shoulder, to be ground in your personal meat grinder. While I’m sure that would be delicious, I don’t have one of those contraptions, and am confident that the ground lamb and meat I got from the farmer’s market won’t be overworked, paste-like and sticky, as she warns store-bought ground meat can be. Here’s her recipe without the grinding instructions. 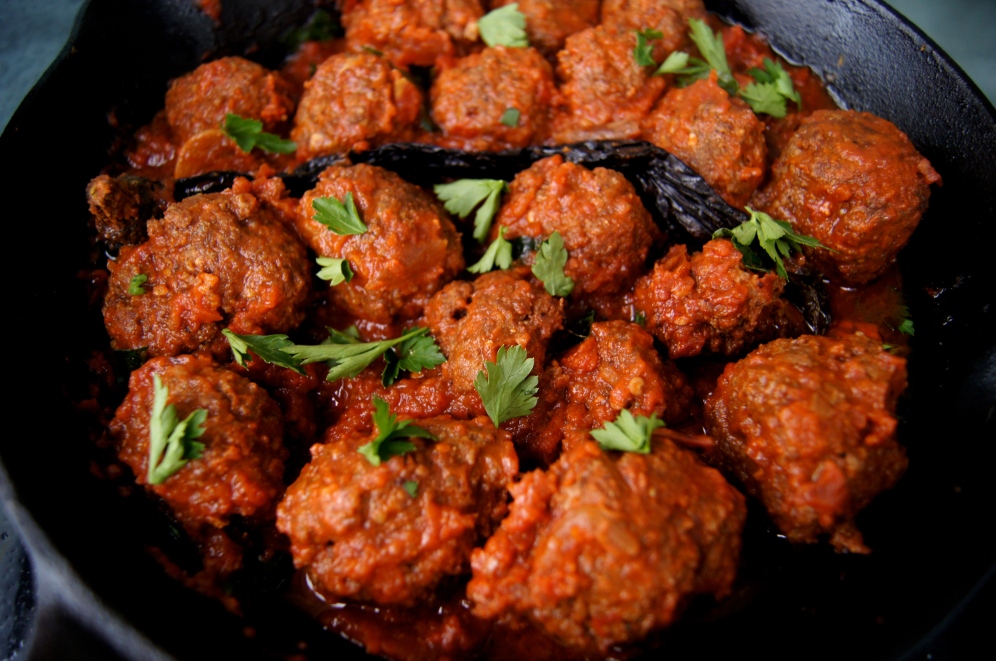 To make the breadcrumbs

Like many other ingredients, there is such a difference in homemade breadcrumbs versus store-bought. The ones you pick up at the grocery store often have less-than-desirable additives. Ever wonder why they last so…incredibly…long…on your shelf? Better off picking up a baguette a day or two in advance to make your own. One day old bread often isn’t hard enough to make crumbs with, but you could slice it up and briefly put the slices in a low oven until they harden, but do not color. Then, simply pop them in a food processor and grind them until they become fine. 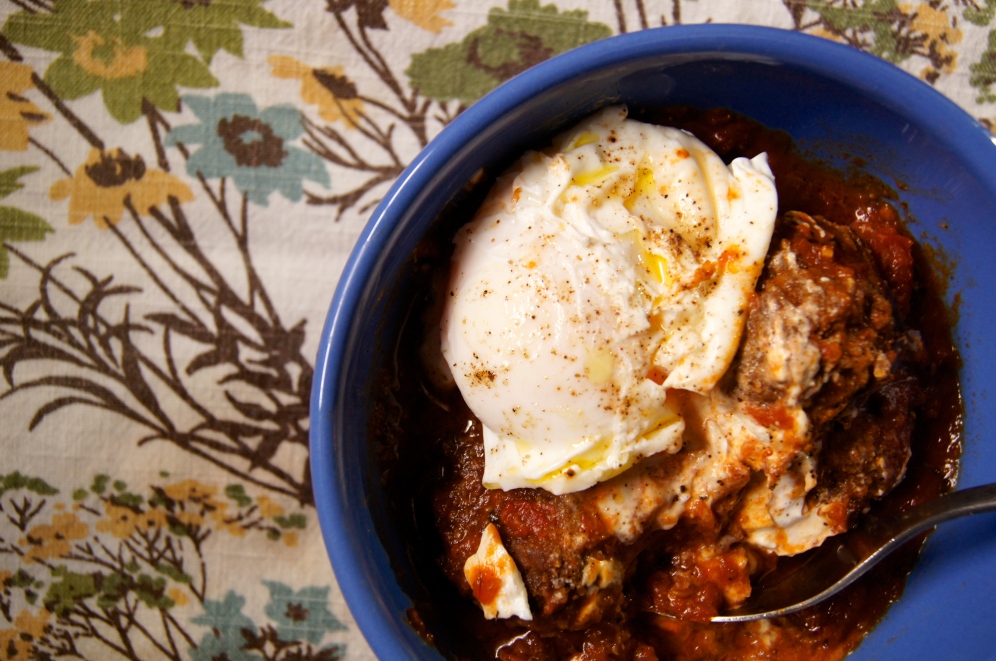 Now the fun part! Using your hands, toss the lamb and/or beef with the sea salt, then add the breadcrumbs and mix again. To form the meatballs, take a little bit more than a golf ball size in your hand, give it a couple gentle squeezes, and roll it into a ball. You want to be careful to not play around with it too much, since that will make the meatball tough, but still make sure there aren’t any cracks or gaps. You can get rid of those by pinching, so they don’t fall apart during cooking.

In an 8-9 quart heavy-bottom pot, swirl around the olive oil or butter on high heat. As it just starts to smoke, cook the meatballs in small batches, taking care to not overcrowd them. Cook for about 12-15 minutes per batch, turning every now and then until they form a deep brown crust all over. Set each batch aside on a plate. Once you’re done cooking all of them, drain half of the fat from the pot.

Bring the heat down to medium-high, then add the onion, garlic, and sea salt. Stir often and cook until the onion is soft and lightly browned, and the garlic takes on a nice golden hue (but is not approaching burning), about 5 minutes. Add the coriander, cumin, and chilies and stir constantly for a minute.

Turn down the heat to low and add the tomatoes, gently simmering until the tomatoes start to stick to the bottom of the pan. This should take about 10 minutes. Then add 4 cups of water, turn the heat up, bring it to a boil, and then turn back down to simmer for about 5 minutes. If you have an immersion blender (so handy in situations like this), blend just a bit so it becomes smoother, but with some tomato chunks remaining. If you just have a regular blender, be careful! Hot liquids in blenders freaks me out, you never know when they’ll attack.

Bring the heat back to low, add some yogurt here and there, and gently crack the eggs in random spots. Throw in some mint leaves and cilantro sprigs, drizzle some olive oil on top, and cover to cook the eggs for 10-15 minutes, until the whites are set but the yolks are still runny. So good!

I made this dish for just myself, so I chose not to add the yogurt or crack the eggs directly into the pot, since it wasn’t going to all be eaten in one night. So each time I warm it up, I just poach one egg in a pot of water, then add the freshly poached egg and some yogurt to my dish. Super yummy! 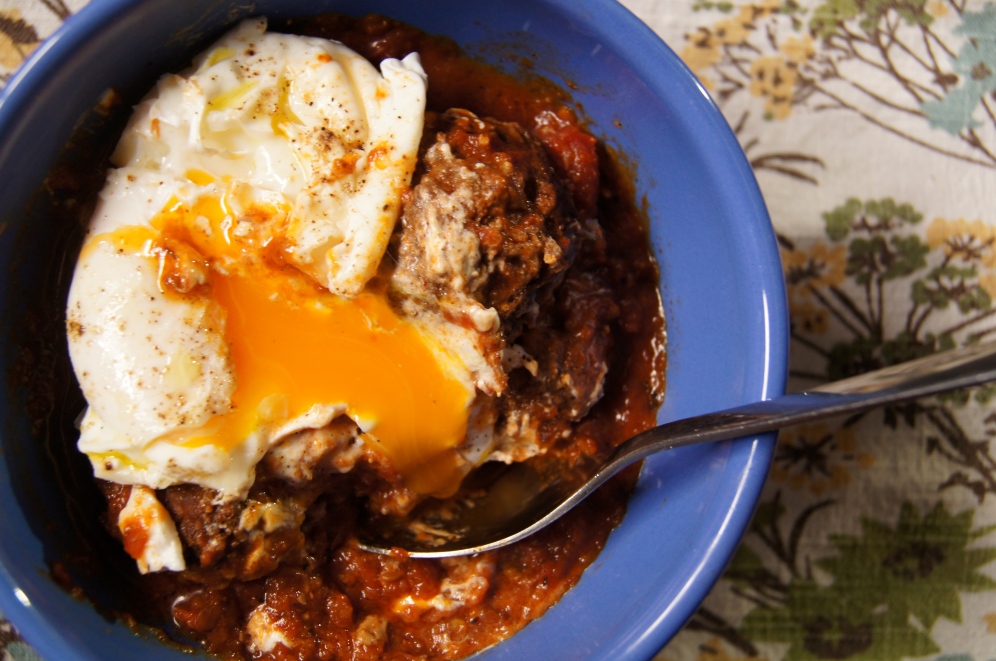 Oh an another note on cheating. I didn’t have any mint or cilantro, but can only imagine how delicious they must make this dish. For the sake of  a prettier photo, I put some parsley in it, since that’s all I had on hand. So, if you have a very good eye, yes that is parsley in that first photo! You caught me!